It basically means that I combine my love of pop-culture into my witchcraft practice.  So when I work with the energies of the celestial bodies above, for example, I see them not as your standard Goddess archetypes, but instead as the Avatars of Love and Justice that gave young-Lindsay the most power in her life: the Pretty-Suited Soldiers of Bishoujo Senshi Sailor Moon.

I'm certainly not the only person out there who sees the Magic in Fandom- there are many pop-culture magic practitioners out there, using franchises across mainstream media as their source of magical power- from anime to literature, television to music.

And while it's often obvious to tell when a franchise is wearing their esoteric inspiration on their sleeve [think the initial world-building of Supernatural, with the establishment of both demons and those who hunt them.  Or literally anytime a piece of media has witches included in the cast of characters], sometimes it's just as fun to discover a piece of media with something profound to say on the topic of spirituality and our connection to it [at the time of this write-up, I can't get over how off-guard a character in The Outer Worlds caught me when it came to his own spiritual reckoning].

The more I delved deeper into my magical practice- and the more media I consume as an all-around nerd- the more fascinated I become with how pop-culture acts as living, evolving mythology for our civilization's needs- especially when a property is able to either provide its audience with characters to exemplify, stories that parallel our lived experiences, and gives hope and validation to the marginalized.

It's this exploration that planted the seeds of DarkLake Tarot's newest venture: "Hey Magical Girl!".

And if any of this sounds like something up your alley, then I invite you to join me on Patreon as I move forward in the creation of this multimedia project!  While 'Hey Magical Girl!' officially launches in early 2020, I've created a lovely little freebie in the Patreon feed for you all to check out and whet the appetite - my first meditation track!~

As always, I remain grateful for your interest and support! 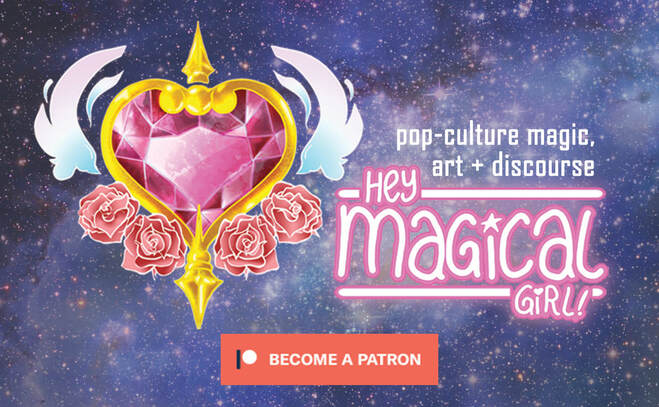